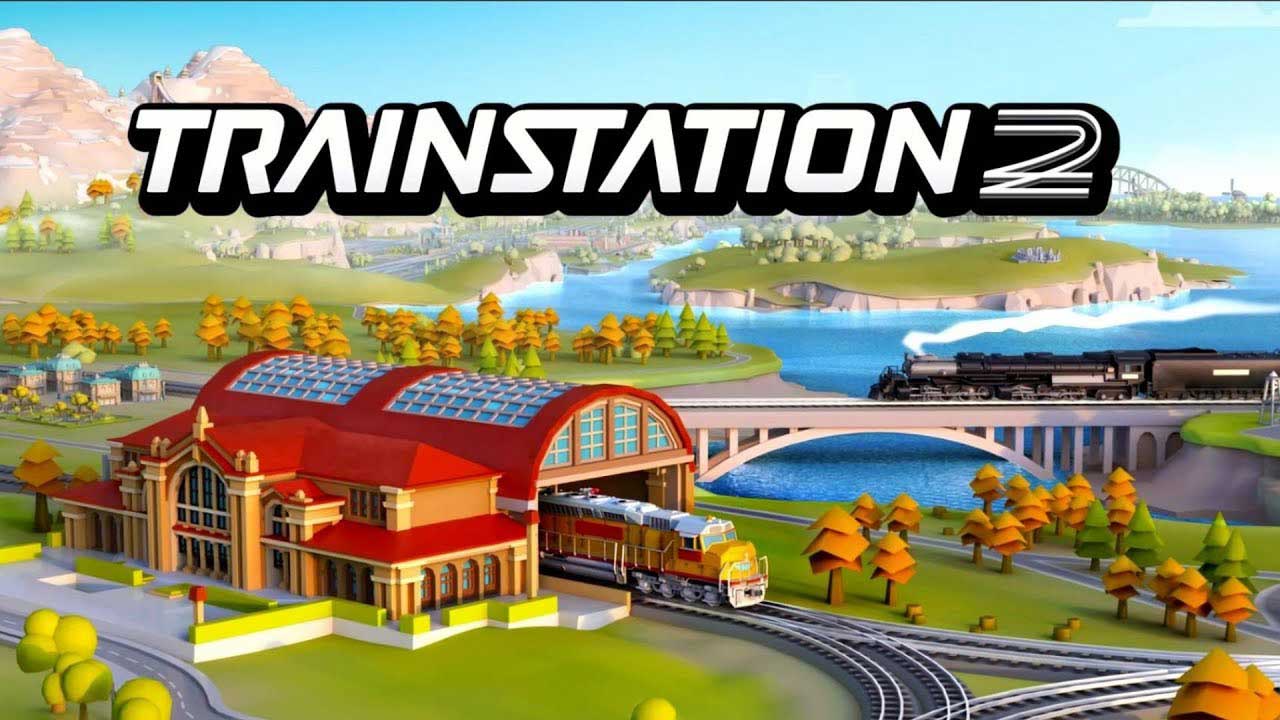 In the world of digital trains, traveling is easy and pleasant – there are no shifts in timetables, gloomy conductors, idle toilets at stops and other “delights” of rail travel. However, the hero of our review can upset even in the greenhouse conditions of a virtual railroad.

The second part of the railway simulator for phones was not entirely successful. All the details are in the review of the free game for Android and iOS. TrainStation 2: Railway Empire takes the player by the scruff of his neck and plunges him into a senseless and merciless “grind”, a repetition of the same type of actions without a special goal ahead.

The only thing we do to brighten up the local universal boredom and routine is a cute and slightly cartoonish visual style. Graphically, this game for phones looks pretty good on the screen, unless, of course, you are an opponent of this approach. However, you quickly get used to the graphics and come to the conclusion that there is nothing special to catch in the heroine of the review.

Railway tracks in the free mobile game about trains have already been built, so all you need to do is choose the location of the resources, the locomotive for delivery, wait a little, collect the delivered resources and send them further, and then wait for the next timer.

At the very beginning of the free railroad simulator for iPhone and Android, you will be able to direct only three trains along the routes at the same time. You can remove the limit with the help of crystals, and even then after reaching a certain level. As the game progresses, new customers appear, and at this moment you have to deal with the logistics – which train to send where.

At the same time, you yourself need to mine new resources, operating with the raw materials collected in the local railway world. And then again we come across timers – while the factory pours the steel you so longed for from the ore, you will be bored.

This is, in fact, all the local gameplay. Within a few minutes of the game, you will fall into the trap of familiar scenarios for collecting resources, delivering resources, transferring them to other resources, and sending them to different customers in exchange for experience and keys.

The keys are needed to get your hands on even more trains from the loot boxes. Each train can be improved – either by disassembling duplicate locomotives into components, or, yes, by extracting a spare part from the loot box.

TrainStation 2: Railway Empire plays and looks like a leisurely casual idler game. In addition to pumping railway skills, unlocking new trains and improving those already acquired in the park, there is nothing to do here. The new trains do not change anything – they only allow you to get even more in-game items at an accelerated pace.

However, there is no automation in this free game. All that needs to be done is done manually. You cannot assign a train to a specific route for the delivery of resources until the warehouse is full, for example. Therefore, every time we launch a game on the phone, you actually start all over again. It gets tiresome, and very quickly.

Even the mission, although in fact there is no story campaign here, does not change anything – grind, grind, and again grind. The only purpose of which is to get more game objects in order to, in turn, be able to get even more. It’s like a train walking along a looped railway line.

The landscape seems to be changing, but there is actually no progress – such a train will not arrive anywhere. Somewhere on the horizon looms a new location, but the path to it is very long and consists of a continuous routine.

Should you download the free game TrainStation 2: Railway Empire on your phone? The graphics are pretty good. Trains are shiny and well-drawn, and the game world itself is pleasing to the eye with its low-poly aesthetic.

The gameplay is slightly meditative – you press on various locations, transport resources, and admire the railway life of cute locomotives, diligently delivering goods across a pleasant game world.

TrainStation 2: Railway Empire is a game for the desperately patient. Here you have to wait for everything – the delivery of resources, the manufacture of new ones, the upgrade of trains … All this takes time, but the game does not bother to keep the player busy.

In addition to obtaining new locomotives and improving them, there are no goals. The heroine of the review requires full attention, but gives nothing in return. Download only by a fan of the railroad.