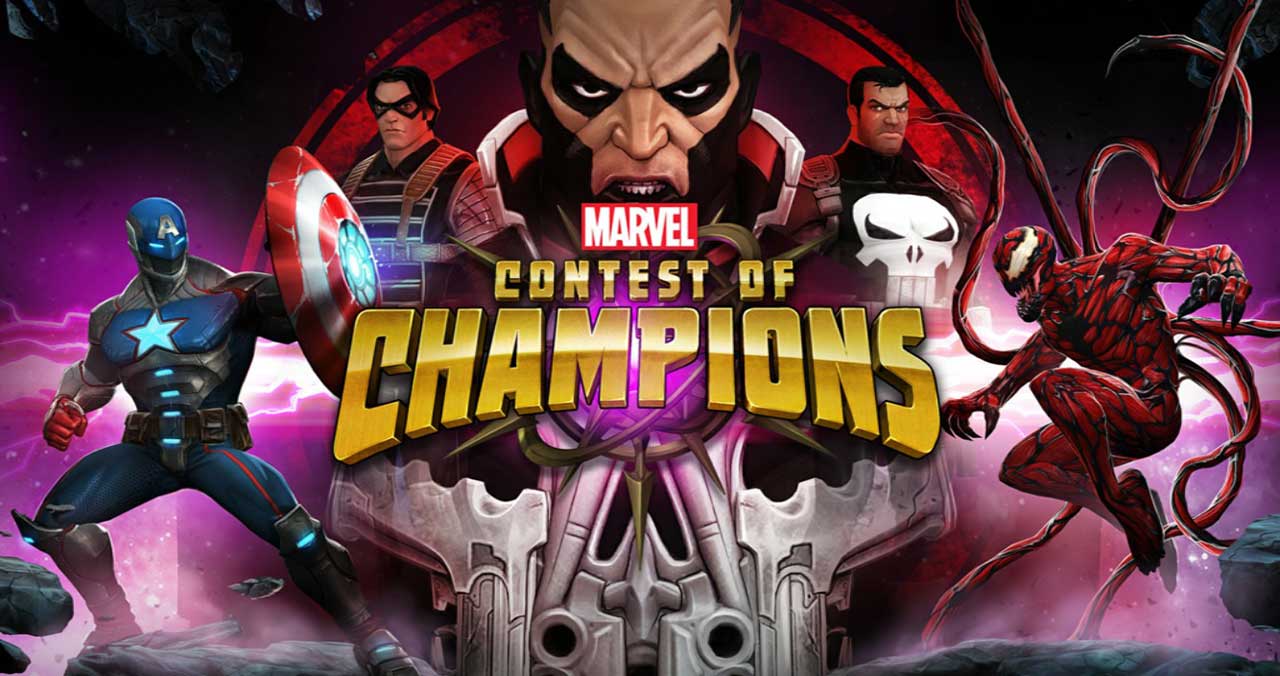 The first half of 2020 has become productive for many gamers. And among them not only consoles lovers and PC fans forever at war with each other. Mobile games have long ceased to be easy entertainment to kill time. Today these are full-fledged games that can be online and co-op format, puzzles or story games. Mobile games have become true video games and have created their own culture. Today we take a look at the best smartphone games of 2020.

Nintendo hasn’t given much attention to mobile gaming, focusing more on its own Switch. Unsurprisingly, but rather annoying for many gamers. However, Mario Kart Tour still appeared in a version for Apple and Android smartphones. Despite the presence of microtransactions, without which, we must admit, no free-to-play game is complete, Mario Kart Tour is still very exciting and incredibly enjoyable to play. Especially when you consider that online you can race with your friends.

Of course, the Kart Tour doesn’t match the quality of Mario Kart 8 Deluxe for Switch, but it is not inferior to other games. And most importantly, Nintendo manages to keep the same classic familiar style of games in the series, which its fans love so much.

The game, as we said, is free, although you can additionally purchase in-game currency.

Those who have already purchased and evaluated the Apple Arcade service are absolutely familiar with this game. It is the sequel to Enter the Gungeon, the hugely popular indie game from Devolver Digital.

The genre of the game is not as easy to determine as it seems, the developers call it a multi-level hellish shooter with dungeons. In other words, the game is full of shooting and carnage, and the plot is rapidly moving forward. The game is currently only available on Nintendo Switch, Steam and Apple Arcade. Most likely, in the near future, it will appear for Android smartphones. Either way, this game is worth a look, especially for those who appreciate old 8-bit games.

This game can be purchased from Google Play or the App Store. In the latter, she was even fortunate enough to become the editor’s choice, so the popularity of the game does not occupy. By the way, Monument Valley 2 is part of the series and this series is incredibly beautiful. It is distinguished by unexpected spectacular visual solutions that attract not only fans of mobile games.

The game is calming and allows you to focus on the plot and emotions. Monument Valley 2 is a series of jigsaw puzzles inspired by the graphics and artwork of Maurits Escher. You have to travel through incredible structures, move elements on the screen, etc.

With all this, the game also has a storyline. She is incredibly touching and captivating even though she has puzzles. We will not disclose anything detailed about the plot of the game, but we strongly recommend it to all those who are tired of the world around them and want to distract themselves. The game is inexpensive, but the time spent on Monument Valley 2 will not be wasted at all.

Is it worth talking long and hard about this game? The popularity of Minecraft is unconditional and undeniable. And the only difference is that it is now available on a smartphone. A significant plus, which we can immediately note, is that from a smartphone you can easily play with friends, regardless of what platform they are playing on: PS4, PC or Xbox. This is not found in every game, although it played a large role in the popularity of Fortnite.

But back to Minecraft, the game is not available for free and is even slightly more expensive than mobile games usually cost, but the amount of pleasure that you get is incomparable. Minecraft is one of the most relaxing, addicting games that allows you to be creative and inventive. Create your own characters, build your own worlds and designs. We can say with confidence that Minecraft is worth both its own price in the App Store or Google Play, and your time, which you will definitely lose track of.

Blizzard is already arguably the most famous game developer, with a solid reputation and a large following. And thanks to Hearthstone, fans of the company can enjoy their favorite fantasy worlds even when they are away from their PC. No, Hearthstone is not a mobile version of WoW at all, although it uses the same characters. This is a card strategy game, and one of the most popular in its genre. It requires a lot of attention and serious preparation, the world of the game is deeply thought out, and the process of the game is incredibly exciting.

With all this, the game is very easy to control, and you can figure out what’s what pretty quickly. All fans of strategy and fantasy will definitely appreciate Hearthstone.

The game is available on both the App Store and Google Play.

Any fan of comics, Marvel movies or the buh Marvel vs Capcom series has at least once thought about how cool it would be to play a fighter game with your favorite characters. Contest of Champions, named after a tournament in the comics, is just such a game. In it you will find a huge selection of characters, the ability to choose and pump them, as well as various systems of battles and tournaments. Additionally, players have access to a change of costumes, character descriptions and many interesting updates.

Contest of Champions gives the impression of being the game you would normally play on a console, but available on any Apple or Android smartphone.

By the way, Marvel fans are not limited to one game.

Marvel Future Fight is a multi-level game where characters are formed into a team to overcome various obstacles.

Marvel Strike Force is a game with alternating strikes to the opposing team or a storyline opponent, a large selection of characters and a simple pumping system.

All three games feature high-quality graphics and captivating narrative solutions. They have thought out special events and gifts.

The games are free and available on the App Store and Google Play, all three games include optional microtransactions.

All Diablo II fans will be delighted to have the opportunity to revive their memories of the game, and AnimA lets you do just that. The game follows the Diablo format and seems to have been specially created to remind you of it all down to the font. Repeated and isometric graphic style, loot and dark fantasy atmosphere.

Almost immediately you can get carried away with the style and interface of the game. AnimA is available to download from the Google Play Store absolutely free of charge, and of course it includes microtransactions. However, unlike other games, where you can notice a significant impact of additional benefits acquired for real, in AnimA they do not greatly affect the player’s capabilities, and this is undoubtedly nice. In this regard, it can be compared with Path of Exile, and other developers should be noted as a positive example.

AnimA is suitable for fans of the genre and fantasy fans; the game is bright and captivating almost from the first minutes. Well, if you are not sure that you will like it, try it, you do not lose anything!

The classic game of the Star Wars universe is available for your smartphones. When it first appeared, it was considered demanding for computers, and now you can complete it at any time using only your smartphone. If you adore the world of the Jedi and Sith, are interested in the lore of the universe and love cool stories, then you have probably already played KOTOR and will gladly repeat the unforgettable experience, but if you have never heard of this game, then it’s time to fix it and finally appreciate what all Star Wars fans recall with nostalgia.

The game has been ported to Android and iOS and is now available in the App Store and Google Play. Moreover, it will go on smartphones and tablets.

Would you believe that this is the ninth generation of long-standing mobile racing? Asphalt 9 is arguably the most popular smartphone race ever to achieve legendary status. For everyone who loves classic racing, this game is the perfect portable option. The driver is limited only by the mechanics of the game, otherwise it captures the player for a second.

The graphics in Asphalt 9 are great, the races are fun, and the cars are on the verge of fantasy. A game like this requires a gorgeous smartphone screen to be truly appreciated.

The OnePlus 8 Pro is a super powerful Android 10 smartphone. Its fantastic 6.78-inch screen with 120Hz refresh rate. Thanks to this, any game will look much cooler than on other smartphones. The OnePlus 8 Pro is powered by a Snapdragon 865 processor, 8GB or 12GB of RAM to choose from, and 128GB and 256GB storage options. The main camera consists of four sensors and the main one has a resolution of 48MP. The front camera shoots a 16MP sensor. OnePlus supports wireless charging and comes with a capacious 4,510mAh battery. That’s enough for a full day of games.

OnePlus 8 Pro is one of the best Android gaming smartphones.

Well, if you want to take advantage of the Apple Arcade service, then you need a decent device from Apple. For those not looking to save money, the iPhone 11 Pro Max is the most advanced iPhone available today. He got a Super Retina display with a diagonal of 6.5 inches, wireless charging, a powerful A13 processor and 4GB of RAM. If that doesn’t seem like enough, don’t worry, the system intelligently distributes the load, and the iPhone can handle demanding games just as well as its competitors.

And with it you will have a convenient Apple ecosystem, access to a huge number of games and great quality.

For those who prefer the budget option, the company has just released the iPhone SE 2020. The screen is not so large, and the form factor is completely identical to the iPhone 8. But the same A13 Bionic works inside, so the SE 2020 is almost as powerful as iPhone 11 Pro.

Choose your gaming smartphone and the most addicting games, and enjoy a great time.